Brief Overview of iPhone 8 Plus

Apple iPhone 8 Plus could have been the best phone of this year. It has caused the stir in the market and almost brought a halt to the free ride of most of the flagship phones of the competition.

When it comes to pricing, iPhone 8 Plus is quite costly especially when you consider its 64 GB model which is priced at $799 while its 256 GB model is priced at whopping $949.

If Apple had offered a middle option which had all the great features and performance aspects along with great apps, then it would have been great. A 128 GB would have been much appreciated.

iPhone 8 Plus is not that heavy, and it merely crosses 200 gm mark. When it comes to box content, it has Lightning EarPods, a Lightning to 3.5mm adapter. It has USP Type-A to Lightning cable along with a 5W charger apart from the phone itself. It does come with some documentation.

When it comes to the camera of iPhone 8 Plus, it is quite phenomenal. It can record videos in 4K at 60 fps. However, 3 minutes of such video will take 2.16 GB which can be quite an issue for those who like to shoot videos but opt for 64 GB model.

The most important feature of its 12MP dual sensor on the rear camera is its enhanced bokeh mode which is dubbed as Portrait Lighting.

Its capabilities are quite great, and it shows the performance of A11 Bionic to its best as it is able to algorithmically work out the contours of the face along with the change of the lightning dynamically which is quite impressive.

iPhone 8 Plus as a whole provides a great experience with smoothed and enhanced features however it does miss out on headline features which were expected from Apple. Portrait Lighting is quite fine, but you will certainly feel guilty as you won’t be able to appreciate the phone as much given the amount of intelligence which has gone into creating it.

The A11 Bionic chips is quite a piece of work and certainly powerful. It is smoothing which has astounded the people in displaying its raw power in terms of regular interaction which is generally experienced while using extra features such as the Portrait Lightning. In terms of performance, it has off the chart benchmark results, way over 10,000 scores for the multi-core when tested with Geekbench. This can beat anything that can come from the Android world. It is the most powerful phone you can witness at present.

iPhone 8 Plus has certainly created waves in the mobile market. Its raw power with phenomenal features such as Portrait Lighting has made it the best phone at present. 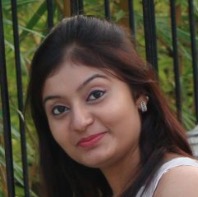 Manpreet is an entrepreneur who likes to create things on her own. She runs a blog and a video channel that has thousands of subscribers.
All Posts »
PrevPreviousA Quick Look on Google Home- A Smart Device of Future
NextiPhone’s New $2000 Model is Coming SoonNext